Message from the Chair

Welcome to the Grace Hospital Foundation. It is my privilege to be the Chair of the Board of Directors. The Foundation is governed by a Board of Directors who volunteer their time and energy in the pursuit of the Foundation’s goal to support patient care. This outstanding Board draws its membership from the community at large and meets formally on a quarterly basis.

Grace Hospital is an integral part of the West End community and has provided Manitobans with excellent care for over 100 years. Since the Foundation has existed, we have raised more than $32 million in support of the Grace. It has been my pleasure to be a part of this and I look forward to the exciting new developments happening at the Grace. It is our job at the Foundation to raise funds so that our staff have what they need to ensure each and every patient receives the best care possible. It is our community of donors and their outstanding continual support that make this happen.

Thank you for being as committed to the Grace as we are.

Chair, Board of Directors

Grace Hospital Foundation Board of Directors

The Foundation is governed by a Board of Directors who volunteer their time and energy in the pursuit of the Foundation’s goal to support patient care. This outstanding Board draws its membership from the community at large, and meets formally on a quarterly basis.

Jeff is the owner of Patill/St. James Insurance, a family-run insurance brokerage in the St. James area. His history with the Grace is a long one. Prior to his role as the Chair, he held the position of Vice Chair for 18 years and also served on the Salvation Army Grace Hospital Board of Management for 14 years. Jeff’s charitable involvement extends past the Grace and deep into the community where he is involved with several other fundraising groups. Recently, Jeff was appointed by Justice Minister Stan Struthers to serve as a member of the Insurance Council of Manitoba.

Doneta is the Program Director for Leadership Winnipeg, an independent consultant and a former Senior Vice President and regional leader at CIBC. She is currently the Vice Chair of the Foundation. Through her company, Doneta was the Project Director for CancerCare Manitoba’s Bears on Broadway initiative and Investors Group Construction Winnipeg. Her community involvement extends far beyond this and includes the Province of Manitoba Economic Innovation and Technology Council, Winnipeg Art Gallery and many other local groups and charitable organizations.

Keith is a Senior Private Banking Associate with CIBC Private Wealth Management. He holds the professional designations of Certified Financial Planner, Financial Management Advisor and Registered Retirement Consultant. Keith has a Bachelor of Arts in Economics and a Bachelor of Commerce Honours in Finance from the University of Manitoba. 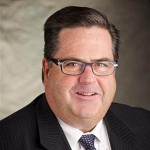 Bruce is the Regional Marketing Director with All Seniors Care Living Centres and Sturgeon Creek Retirement Residences. He has a Bachelor of Commerce Honours in Marketing from the University of Manitoba and over 25 years of experience in marketing and advertising. Always active in the community, Bruce is the President of the Charleswood Broncos Football Club.

Barry is the President of Maple Leaf Construction and has been with the company for 30 years. He is a Civil Engineer, graduated from the University of Manitoba. Barry has spent several years being heavily involved in the construction field, and sitting on multiple industry boards.

Trevor is a Principal at Capital Commercial Real Estate Inc. He became involved with the Foundation through consultation on the development of Access Winnipeg West. Trevor has a Bachelor of Arts from Princeton University. In his spare time he has coached AAA and summer hockey teams.

Kevin is the Business Development Manager at Three Way Builders. He holds a Master’s Certificate in Project Management, and is a Gold Seal Certified Project Manager recognized by the Canadian Construction Association. He has worked in the consulting and construction industries for over 25 years. Kevin has sat on various boards, including Manitoba Red Cross, Centre Plan, and Exchange District Business Improvement Zone (BIZ). He also coaches hockey and baseball. He is the current Chair of the Bocce Ball Tournament committee.

Marge has been with Grace Hospital Foundation since 2003.

Dr. Hamedani is a graduate of the Faculty of Medicine Queen’s University in 1995. He received his fellowship in Internal Medicine in 1999 after completing his residency at the University of Western Ontario.

Dr. Hamedani has worked at Grace Hospital since 2000 as Medical Director Cardiology as well as Medical Staff – Internal Medicine. He accepted his present role as Chief Medical Officer in August 2015.

As Assistant Professor in the College of Medicine – Faculty of Academic Health Sciences, he is extensively involved in both undergraduate and graduate teaching.

Catherine is a partner with Pitblado LLP. She has a commercial litigation practice, with emphasis in the areas of secured and unsecured collections, insolvency and restructuring, and mortgage enforcement. Catherine regularly conducts civil and commercial litigation matters in the Court of Queen’s Bench, and has appeared before a variety of administrative tribunals.

Catherine graduated from Osgoode Hall Law School in 1991, and obtained her call to the Manitoba Bar in 1992. She was an instructor at the University of Manitoba Faculty of Law from 2005 to 2010. She has been Chair of the Manitoba Bar Association Bankruptcy and Insolvency Section since 2015 and is a former director and legal counsel to the MS Society of Canada, Manitoba Division.

Catherine has written and presented extensively on a variety of topics, most recently at the October 2016 FCI-CWI Women in Leadership Conference, and the MBA Mid-Winter Bar Association Conference in January, 2016.

Jim is retired after working in the paint industry for over 50 years. During his career, Jim has lived in Manitoba, Alberta, and BC where he participated in numerous organizations including the Prince George Construction Association and the Kinsmen Club. In addition to his role with the Foundation, Jim is currently involved with the Manitoba Brain Injury Association. 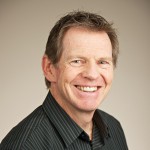 Garvin is the former Director of Diagnostic Imaging at Grace Hospital and former President of the Manitoba X-Ray Clinic. His memberships include the Royal College of Physicians and Surgeons of Canada, Canadian Medical Association and Christian Medical and Dental Society (CMDS).

Currently the Commander of 17 Wing, Colonel Aaron Spott was born and raised in Naicam, Saskatchewan.

He enrolled in the Canadian Armed Forces under the Regular Officer Training Program in 1991, and attended both Royal Roads Military College in Victoria, BC and the Royal Military College in Kingston, ON, graduating in 1995 with a Bachelor of Arts degree in Political Science. He furthered his education where he attended the Canadian Forces Staff College’s Joint Command and Staff Program in Toronto, ON graduating in June 2011 with a Masters in Defence Studies.

Col Spott has held a variety of positions in the Canadian Forces at the various Royal Canadian Air Force Wings, has deployed on multiple operations overseas, and has commanded at the Squadron, Branch and Component levels before being honored with the great privilege of assuming command of Canadian Forces Base Winnipeg / 17 Wing in July 2022.

Colonel Spott is an avid hockey player who spends the vast majority of his time in the penalty box, and is a die-hard fan of both the Montreal Canadiens and Saskatchewan Roughriders. He is married with two children, and the entire family is very active in the community through various sports programs.

Gayle has over 20 years of experience as a Clinical Therapist in private practice. She holds a BA Hons. in psychology from the University of Winnipeg and a M.Ed. Psych. from the University of Manitoba. Gayle is a certified trauma counsellor, and continues to respond to various crises within the province. In addition to her role with the Foundation, Gayle is also involved with Riverview Healthcare Foundation and the Canadian Mental Health Association.

Arlene was the first woman to be appointed as Deputy Minister of Health for Manitoba, a position she held for five years, and the first female CEO and President of the Winnipeg Regional Health Authority. A graduate of the University of Manitoba Faculty of Nursing, Arlene has worked in the public and private sectors, acute care and long term care. She is the recipient of the Award for Distinguished Service from the Canadian Healthcare Association.
Since her retirement, Arlene proudly wears the blue jacket of the Grace Hospital Volunteers, volunteering in the Oncology Department on a weekly basis. Arlene is also the Chair of the Board of Directors of HealthPRO Inc., Vice Chair of the Board of Directors of the Catholic Health Corporation of Manitoba and chairs the Community Council for Community Ventures, and also sits on the Southern Chiefs’ Organization Health Transformation Advisory Circle.

Munther and the Zeid family are caring community members, and own and operate Winnipeg’s largest independent family owned and operated grocery stores; FoodFare. Munther’s love of family and the city of Winnipeg is not only displayed in his family business, but also through his involvement in various charities and organizations. In addition to his work on the Grace Hospital Foundation board, Munther also sits on the board of the Children’s Hospital Foundation.

The Grace Hospital Foundation Board of Directors celebrated our staff today with free ice cream from Sargent Sundae. We appreciate our health care heroes! Thank you for all that you do to support our patients at the Grace. #healthcareheroes #icecream #thankyou ... See MoreSee Less